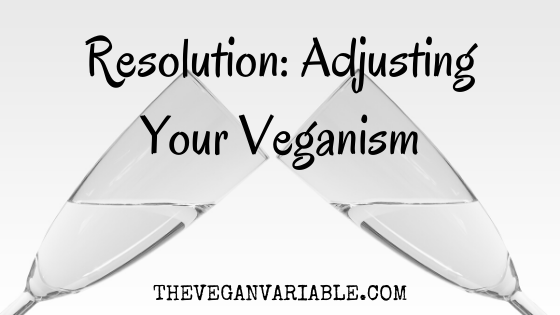 Let me make a confession: I’m not vegan.

When I started my animal rights journey at 13, I wasn’t even aware of what veganism was. By the time I was a senior in high school, not only was I aware, but I had also tried and failed.

I failed several times over the next decade-and-a-half to go completely vegan. But I kept trying because it was immensely important to me. And now, at 37 years old, I live a mostly vegan life, having cut out things I never thought possible when I was younger. And I’ve inspired others to walk the same path.

I still have some perfecting to do. And because I want it to be sustainable, I go at my own pace. I hate failing, especially in something as important as animal rights. That’s why I’d rather people not get discouraged by what they’ve been unable to achieve, but to be inspired by what they have accomplished. That makes it easier to conquer more.

We all have hang-ups. Mine is cheese (and sugar and coffee). Despite that, we have to learn to move forward into the life we imagine ourselves in. Sometimes it’s a slow transition, sometimes it’s fast. Regardless of how quick it is, if you don’t change anything, nothing will change.

So, my challenge for those of you who haven’t been able to jump into veganism completely is to cut out one thing from your diet or lifestyle that is holding you back from being the animal advocate you want to be. It can be anything: eggs, cow milk, leather products, a brand of shampoo that tests on animals, trips to the zoo, pearl necklaces, etc.. I’m cutting out non-vegan cheese at our home. Because one thing is better than none.

And while complete veganism is the ultimate goal, taking the complete dive isn’t always realistic. Do what you can plus a little more. Every step you take in this direction is a positive step. I will never criticize someone who tries to do the right thing. And you might be surprised how much more you can do than you originally thought possible.

So, let me know in the comments below what non-vegan thing you hope to cut from your life this year.